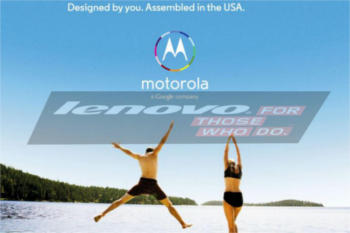 Lenovo’s $2.91 billion acquisition of Motorola  will be approved soon. Motorola Mobility, a Google company, will soon become a Lenovo company.

It is a tragedy for all our Moto X fans.

But why did Moto X fail to fly? I believe you may have the same question.

USA is not the whole world

It is a smart marketing strategy for US market.

But it is not a good sales strategy if you make it “the only smartphone that are exclusive to USA (and Canada)“.

After Motorola was bought by Google, most international operations stopped. This may save cost, but reducing sales and marketing power in such regions also means giving up such markets.

Moto X got excellent reviews from most technical media and geeks. But the reception of US consumers is another story. The sales of Moto X in US is far below the expectations from the launch day.

At the same time,  a lot of international consumers are excited about this phone,but it is not available for them. Technical difficulties in touchless control for non-English languages are just an excuse. Please remember voice command with non-English languages had been used in many old smartphones.

Even for British English, it tooks Motorola 3-4 months  to figure out.

Putting all eggs in one basket! Even your grandma knows this is not a good idea. But these well-paid MBAs ignore this simple principle.

After more than 6 months, Moto X finally will go to more non-USA regions. But who cares about a 6-month-old smartphone when the life cycle of the smartphone is just about 12 months?

Of course, the software puts Moto X in the top tier.

So, Motorola did not know how to price it. They want to be the next Apple, betting on the software.

When the price was announced, most analysts were stunned.

When your market share is shrinking, you need get the volume (or scale) to get the profit, not increase the profit margin. Simple economics.

Guess what? Motorola had no choice, but to reduce the price for Moto X after almost 3 months.

It is too late because the momentum and hypes for Moto X had been diluted over the time. Not so many people are excited about the price cut

Had Moto X priced at $399 in the initial launch, Moto X would have saved Motorola.

Of course, Motorola cut the price since then, but the sales never bounced up.

For a smartphone, if it fails in first 2 months, there is almost no chance for it to re-bound.

The major bad review for Moto X is on camera.

To be honest, Motorola did a nice job by simplifying the camera usage on smartphones. Double twist to launch camera and then touch to shoot.

If you compare the usage of Galaxy S4’s camera, this is a revolution!

But the problem is the  poor image quality: lack of details in most photos.  Also, some common feature, for example, image resolution, is totally removed. All your photos are in 10MP, and all videos are in 1080p. Please remember there is no SD card support in Moto X.

What do you think about the failure (in sales) of Moto X?