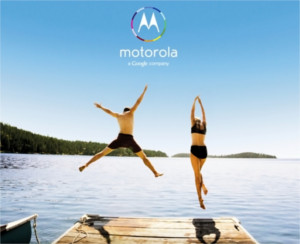 Through a website, buyers will be able to select from a palette of different colors. One color can be used for the back case and another can be selected for the trim of the phone. Users will also be able to engrave a name or message on the back cover as well as upload a personal photo through the site to be used as the wallpaper on the phone’s screen, according to people familiar with the rollout.

Such customization will surelybe welcomed by most consumers, but is unlikely a game changer.

Then, what is the killer feature of Moto X?

Very likely, it is in the software side. In the All Things D Digital Conference, Motorola’s CEO Woodside mentioned sensors and  “contextually aware”.  This hints it is something at least a step forward from Google Now.  At this time, we have to wait for more leaks, teases, and official announcements.