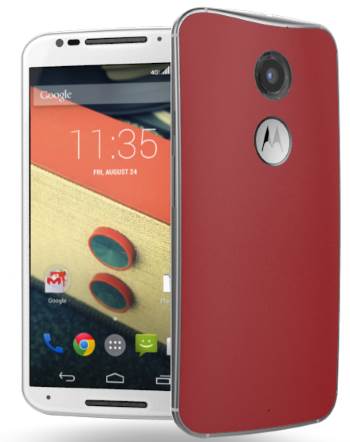 The new Moto X, a successor for Moto X 2013   was announced early this month. You can pre-order this new Moto X (aka Moto X 2nd generation) from today..

Some Moto X owners are curious about what’s new in the new Moto X (Moto X 2nd generation).  This post will give you the answer.

One of the biggest mistake preventing Moto X (1st Gen.) to get the deserved  popularity is the stupid pricing strategy  for the old Moto X in last year.

Although almost all potential buyers are excited with the unique features in Moto X 1st generation:  touchless control (now it is re-branded as Moto Voice), Motorola Assist, Active Display and possible customization (through Moto Maker), they did not become a Moto X owner due to the wrong pricing strategy as analysed in this post: Why Moto X failed to save Motorola?

Moto X 1st generation was  packed with middle-range hardware (with best software). The pricing Motorola asked is that for the smartphones with top-notch hardware.

For the new Moto X (Moto X 2nd generation), Motorola apparently corrects this mistake. The most advanced  and high quality hardware, with the best (arguable) Android experience, is asking for a cheaper price!

The contract-free, unlocked  2nd generation Moto X (Moto X Pure edition) starts from $499. This is one of the most affordable flagship phones in 2014.

The new Moto X (Moto X 2nd generation) got a big update in processor and graphics. It is at least  3 times faster than 1st generation Moto X.

The second generation of Moto X is  equipped with Quad-core 2.5GHz Qualcomm Snapdragon 801 (which has 3 times raw processing  power than Snapdragon S4 Pro in the first generation of  Moto X)

If we talk about graphics, the new Moto X (Moto X 2nd generation) comes with with Adreno 330 GPU, which is 50% faster than Adreno 320 GPU in the old Moto X.

Although for most owners, such a processing power is a overkill, it does make your Moto X very snappy.

If you hate big smartphones, you choice is shrinking. Almost all flagship smartphones are getting bigger and bigger (or in Apple’s words, bigger than bigger).  When the 5.3″ Galaxy Note was introduced in 2011, the common reaction is: is this still a phone?

Now,almost all  “flagship” phones (usually with the best configurations) has a screen more than 5″.

The 5.2″ screen in the new Moto X (Moto X 2nd generation) is not only bigger in size, but also larger in number of pixels.

Moto X 2nd generation  finally gets the front-facing stereo speakers.  In all situations, this will improve your listening experience if you compare the speaker to rear facing one.

Front facing sparklers can project the sound towards you, not away from you. This  makes the sound not only  louder, but also  clearer, compared to ass-hole like rear facing speaker.  Actually, the rear facing speaker is one of the major reasons why smartphone users seldom use the speakers in the phone.

The old Moto X (Moto X 2013) gave us a very simple and efficient camera app. It is so simple that most new smartphone users can use it without much frustration.

But in camera hardware side, Moto X is hit-or-miss. Some Motox 2013 owners can take excellent photos; others may get poor quality photos very often.

The number of pixels of the rear camera also increases from 10M to 13M.  You can also shoot 4K videos.

Moto X 2014 also improved the LED flash with the flash ring.  It sounds promising. But we need test it first because this is something new.

Touchless control is also getting better. Motorola re-branded  it as Moto Voice.

You can create your own launcher phase ans use your own voice prompt.

9. Still no SD card support, 16GB is still the standard

To make it worse, the standard configuration is still 16GB internal storage, so you get about 12GB usable storage.  This means the number of big games you can install is very limited. Although 32GB is an option, the availability is limited.

Actually, the old Moto X (1st Gen)  has decent battery life and many owners are quite happy with it.

So, in the new Moto X (Moto X 2nd generation), Motorola packs a battery  with identical capacity (2300mAH) as Moto X 2013. The battery life is similar: 24 hours of mixed usage, according to Motorola.

What do you think about the new Moto X 2nd generation vs Moto X 1st generation?